Tribuna is renowned student newspaper focusing on critical theory and philosophy. For over 60 years its major part has been a progressive and experimental visual form which has become widely recognized and acknowledged with numerous design awards (Brumen Award, Slovenia; Zgraf, Croatia; Dizajner: Autor ili univerzalni vojnik, Serbia; Type Directors Club, USA etc). I have been working for Tribuna newspaper since 2013 as illustrator and Art Director since September 2014 till 2015. 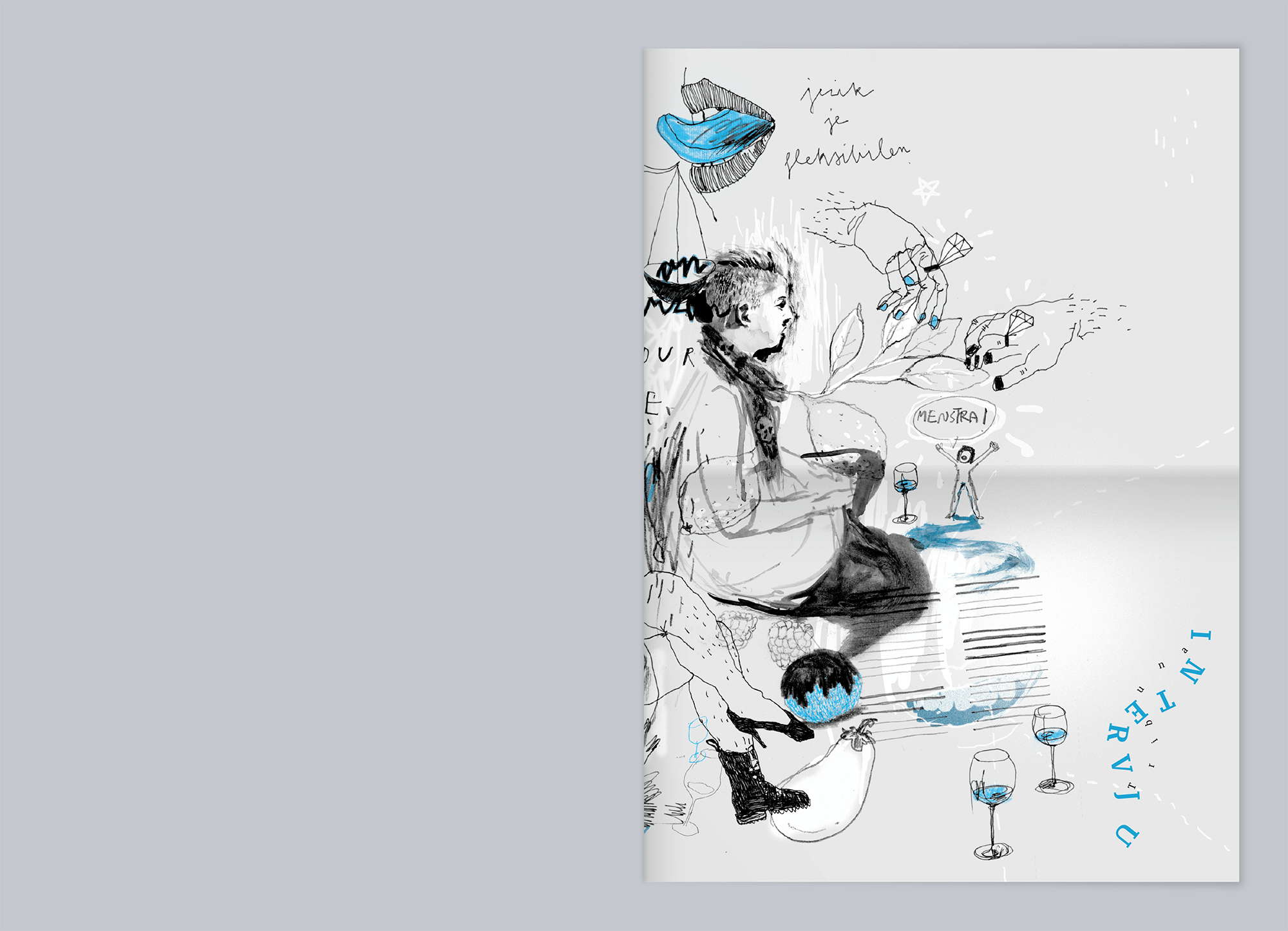 The theme for the presented issue was “Interview” as the whole issue was comprised of interviews. In art editing process, I experimented with different visual interpretations of the same type of content, such as not using the default way of conveying information. Each interview therefore has a different type of visual interpretation, which influences viewer on how he interprets the relationship between different layers of text. For the cover and centre pages “visual interviews” were initiated, for which illustrators interpreted the content of the interviews in their own subjective way. The table of contents is also composed of questions asked to the editorial board. 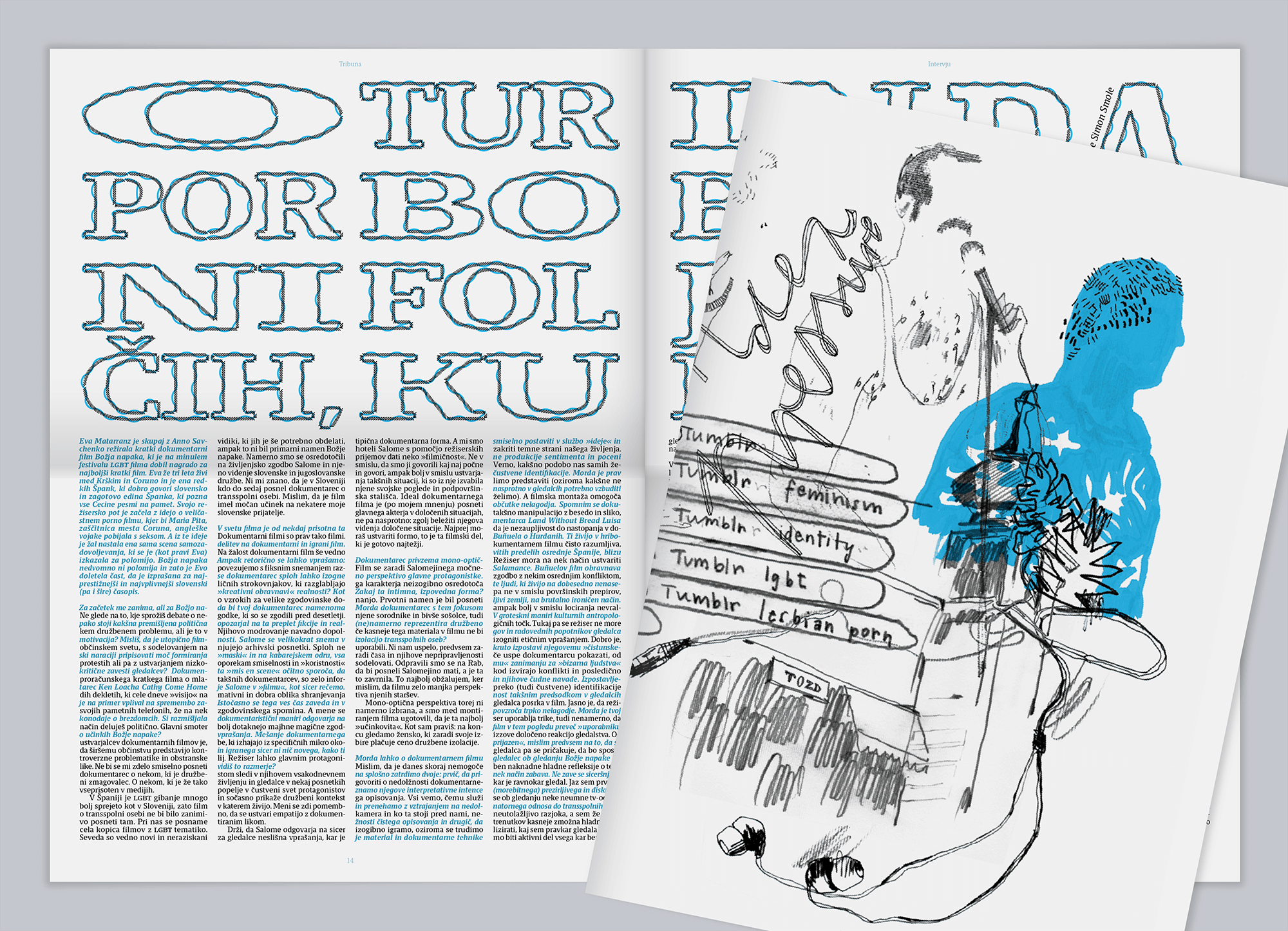 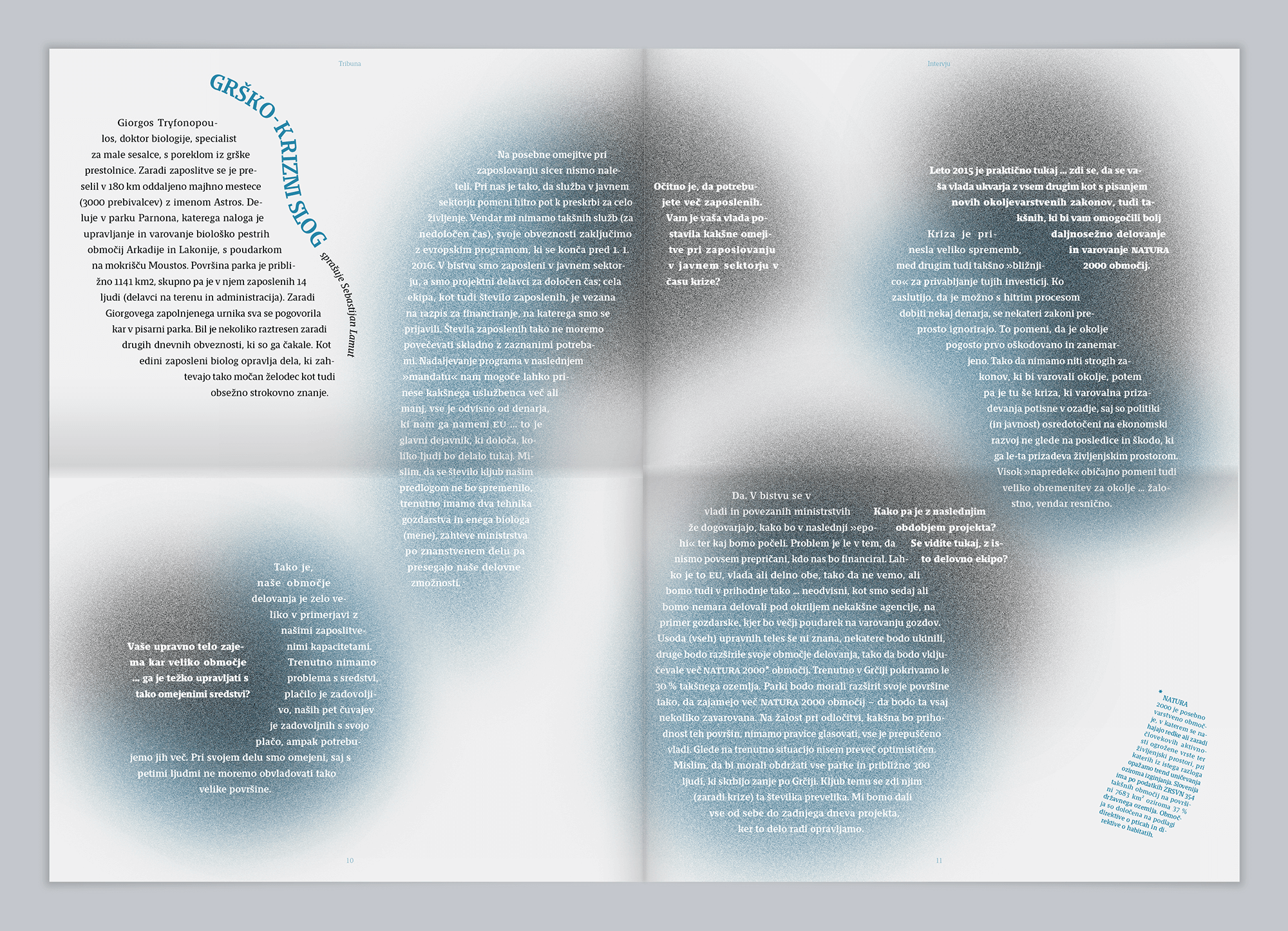 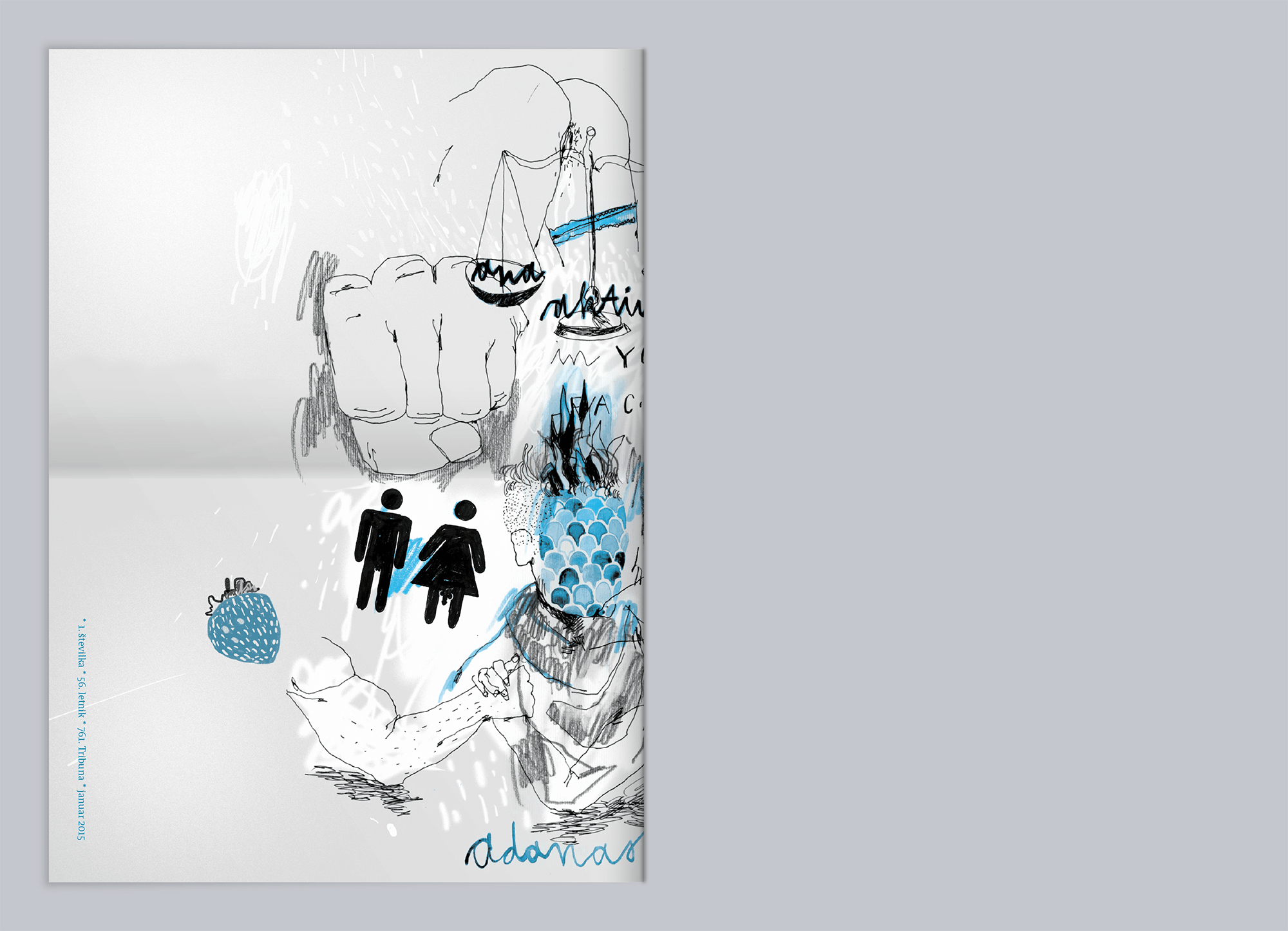 More illustration and design work for the Tribuna newspaper. 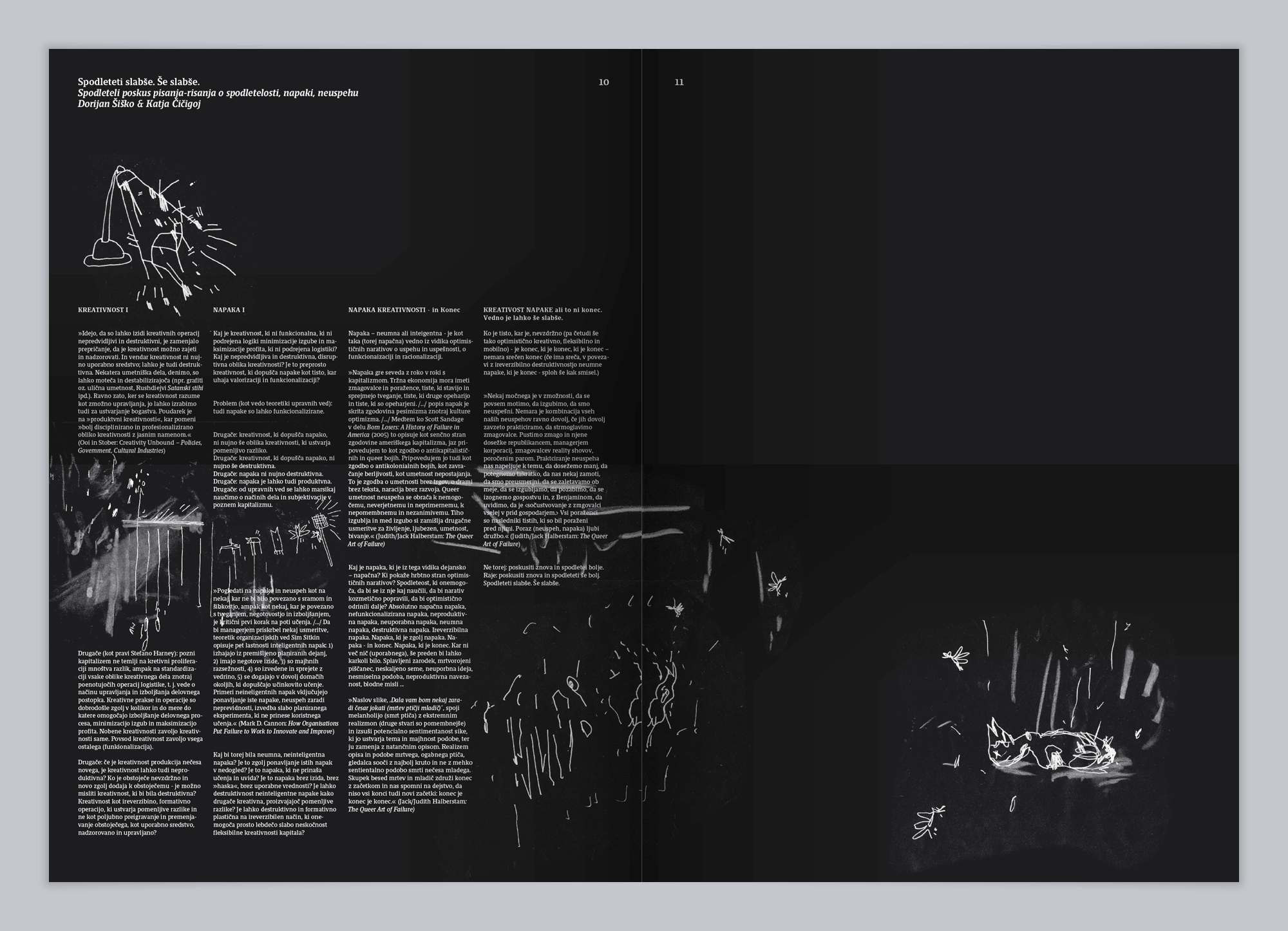